During the summer of 1973, the City of Montrose experienced water shortages as a result of insufficient treatment capacity during peak demand periods. The Tri-County Water Conservancy District was almost totally dependent on Montrose for their water at that time.

The City of Delta and Town of Olathe were also experiencing some of these same problems. The Menoken Water District and the Chipeta Water District were also faced with outdated treatment facilities and at times a problematic raw water supply.

These six entities and their desire to resolve their common problems initiated the formation of the Project 7 Water Authority.

The Uncompahgre Valley Water Users Association joined as the seventh entity due to their involvement in providing the raw water flow to the Project 7 Water Treatment Plant.

Funding to construct the project was obtained from the then Farmers Home Administration, known today as the Rural Development Administration. The grant/loan combination in the amount of $14 million was used to purchase an existing water treatment plant and raw water reservoir from the City of Montrose, and construct the necessary pipelines.

That treatment plant was then retrofitted and expanded to its current capacity of 27.6 million gallon per day (MGD). Additionally, Project 7 constructed approximately 30 miles of transmission line, pressure regulating stations and master metering stations to deliver water to the participating entities.

There have been significant improvements made to the system since 1980; one of the largest was the construction of 2 - 5 million gallon finished water reservoirs (tanks) built in 1995. 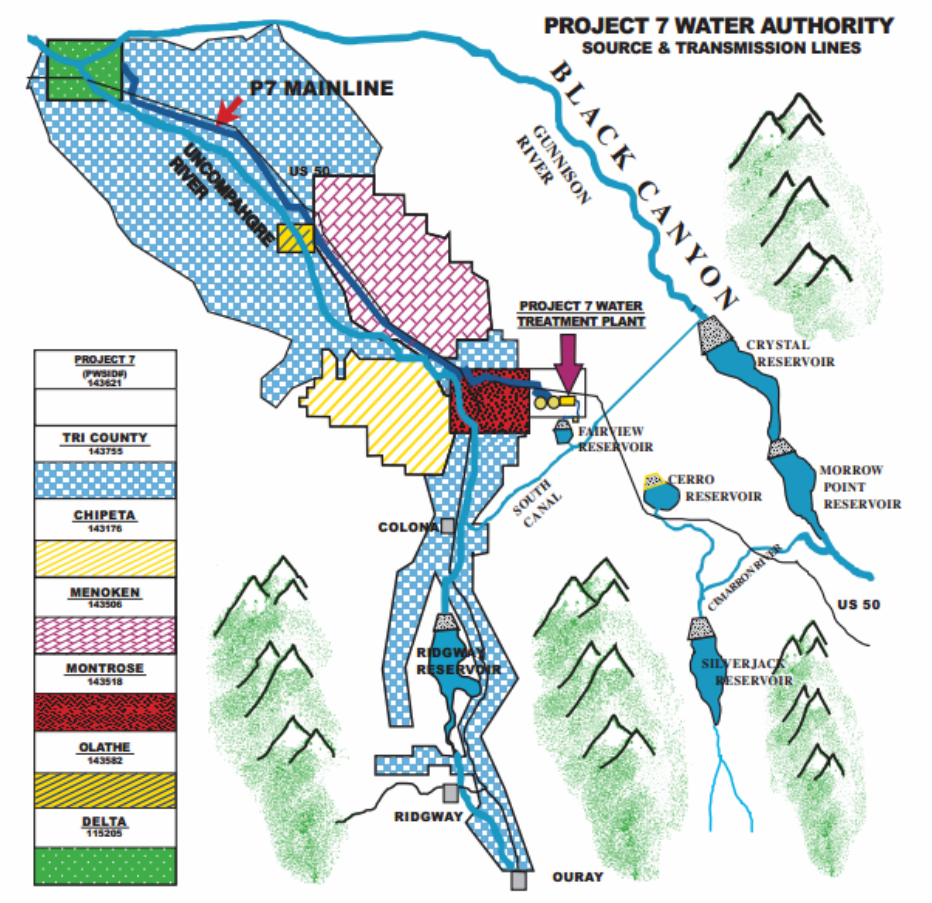